3 Reasons Why You Should Celebrate Small Wins In Business 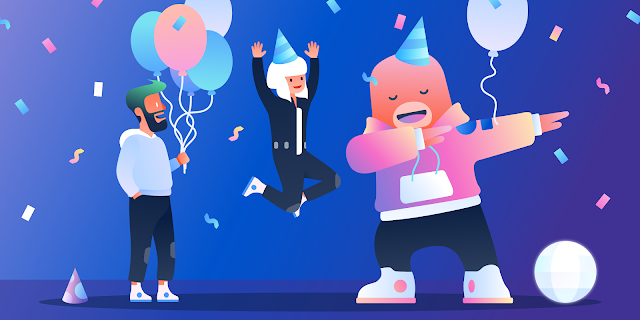 3 Reasons Why You Should Celebrate Small Wins In Business

Thinking back now, there's been plenty of times where I've done something that only a minority achieve and have failed to reward myself in some way.

Deciding to go a separate path from the majority, and pursue my dreams.

Reaching $1500 in monthly revenue from my SaaS business.

There have been many small wins that I have achieved over a 1-2 year period that I simply didn't stop to acknowledge or even celebrate.

Unfortunately, this is how most entrepreneurs live their lives.

They work day after day, working towards a massive goal, and don't stop to celebrate the progress they have made since they started.

Chances are, there are a ton of things, small things, you've achieved that you haven't taken the time to process or celebrate because you've been too focused on achieving your larger goals.

In this article, I wanted to talk about the importance of small wins, and why you (and I) should celebrate small wins.

When people hear the word 'celebrate,' they immediately think about throwing a massive party, going out for drinks, and partying till the break of dawn.

However, there are many people (like me) who are not the biggest fans of big parties and over-the-top celebrations.

In the following points, we're going to get a better idea of what celebrating small wins looks like, however, let's discuss some of the ways you can start now.

One of my favorite things to do is play basketball - I'm a big advocate for basketball and so when I first launched my SaaS startup, Hawk Prospecting, the first thing I did was go and play basketball with friends. 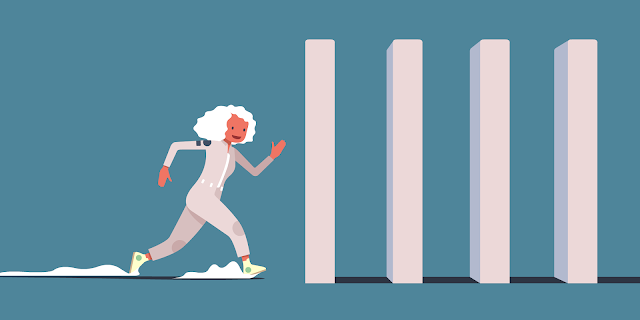 As humans, we all need dopamine to make us happy and keep us going.

Playing video games gives us a boost in dopamine.

Eating junk food gives us a boost in dopamine.

Watching movies, shows, and TV gives us a boost in dopamine.

As entrepreneurs, we're more likely to shield ourselves from all of these things that harm our minds and bodies.

In fact, it's something I mentioned in my article on the 6 habits all entrepreneurs should quit.

Whenever you come across small wins in your business, you can celebrate them by giving yourself the smallest reward possible.

Or you get to watch a movie you've wanted to watch.

When you don't take time to look over the things you've done and been successful with, you're a lot more likely to feel demotivated when you look at the bigger picture.

Even the smallest wins like starting a business, writing a business plan, or watching videos about how to change your life is are a good start.

Every human wants to do well for themselves - however, the majority, the 95% of people never end up achieving anything they want because they don't go after it.

The fact that you've already started to pursue your goals, and you're starting to stack up small wins should be celebrated because you're already ahead of so many people.

Naturally, we need the dopamine to keep us going, to keep us on the ball and in pursuit of our larger goals.

Think of these small wins and celebrations as stepping stones.

Every small win will take you closer and closer to your ultimate goal.

Even failure could be seen as a win.

Remember, in my article on the biggest fears entrepreneurs face, I said that if we change the way we think of failure, then we don't fail.

A failure, when seen as a learning opportunity, is another small win to be celebrated.

Entrepreneurs are exceptionally good at one thing - and that's setting massive goals that seem like they'll take a lifetime to achieve.

When I first became an entrepreneur, I had a microscopic goal of reaching around £10k per month.

This, although small, seemed like the biggest challenge to mankind.

A year or more later, after settling into the entrepreneurial world, I was able to realise how small I was thinking and ramp up my goal 1000x.

Although my goal is 1000x what it used to be, I feel less pressure to achieve this goal than I did with achieving the £10k per month goal.

It's almost close to impossible to build a £100m+ per year income starting from 0, however, when we split it up into small goals and small wins, we're a lot more likely to get there.

However, when we try to go from 0 to £100m, it can make you feel like an ant in comparison to the world.

Celebrating the small wins gives us a boost, not only in our confidence but shows us that we're getting closer and closer to that ultimate goal.

Every win, no matter how small, is a step in the right direction.

Every success we have, every celebration, will push us ever closer to where we want to be at the end of the day.

The difference between winners and losers is the fact that the winners stop to celebrate any small win they have.

The losers, on the other hand, only focus on the bigger picture and get demotivated when they don't reach it.

These small wins, when celebrated, can take a lot of pressure off you and help you track the gradual progress you're achieving.

Write down and talk about these small wins, because it will help you visually see how much closer you're getting to your big goals. 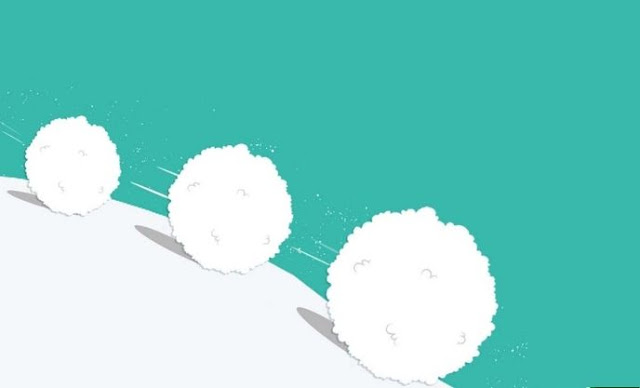 In my first year of business, there were around 6 major side hustles or businesses that I dabbled in.

Failure after failure, I was slowly building up momentum.

This constant negativity can lead to burnout and is often the reason a lot of people fail.

I gave up on many different ventures I've tried, however, I've not given up on the ultimate goal.

I understand that jumping from business to business is not the right way to pursue success because it's more like throwing mud at the wall and hoping for something to stick.

Nonetheless, each business I attempted and ultimately failed at added to the negative momentum I was building up.

A few months ago, I took a 4/5-day break - the first-ever break I've taken in almost two years, and it was a relief.

Although I was itching to get back in, it was a great way to collect myself and get ready for what was awaiting me when I was thrown back into the battlefield.

When I realised how my own negative attitude and ignorance was leading to complacency, I started to work on building up momentum in the right direction.

I started to celebrate all these small wins I accomplish along the way.

I'm naturally bad at taking risks, and so when I started to take more risks, and spend money more freely, I saw this as a win in my books.

A small win, but still a massive success in the grand scheme of things.

After finishing my article for the day, I sometimes celebrate by spending 20-30 minutes snacking while watching a YouTube video.

I've also started to get off the laptop a little earlier as a way to celebrate the good work I've done during the day.

After taking the break a few months ago, I realised how stress-relieving speaking to friends on Playstation was and so it's something I've tried to do more often.

In fact, I'm happy I did it because now I've got something in the works with one of them that I believe has the potential to explode.

This build-up in momentum from celebrating these small wins helps you tackle larger and larger goals, making it easier to succeed in the long run.

Those were the 3 reasons why you should celebrate small wins in business.

Did you find this article helpful?

If so, please leave your thoughts in the comments below - let me know what you want to read about next!

Share this article on social media and with others, let's help more entrepreneurs realize their dreams.

Join my Quora group where we're building the largest community of online entrepreneurs in the world.

Don't forget to subscribe for free and get the 1-page business plan template!

(Find me on social media if you don't receive it)