The Secret To Wildly Successful Businesses That No One Talks About 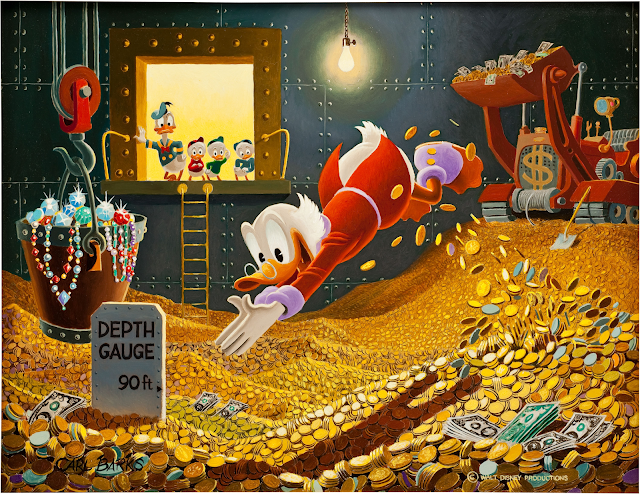 The Secret To Wildly Successful Businesses That No One Talks About

A few weeks ago, I was browsing the web and doing my daily activities.

I was looking for freelancers on Fiverr.

I was doing some prospecting for my own business, Hawk Prospecting.

I was exploring some other businesses too, e-commerce, dropshipping, etc.

A few minutes later, I discovered something that was right in front of me this whole time, yet I have not paid much attention to it.

This stupid-simple secret that I haven't heard many people talk about, yet it's the cause behind most of the successful businesses today.

It's a specific type of business model that increases your chances of being successful drastically.

And it made sense.

Depending on who you ask, you'll hear some of these answers:

The reason money is top of the list is because that's what you're probably going to hear the most.

Although the list is in no specific order, I think we can all agree that to most people, money is one of the most important things in the world, right?

There have been wars about money/power.

People with money are treated differently to those without, in many places around the world.

Money is power, and people desire to be powerful.

So what was the secret I had discovered? 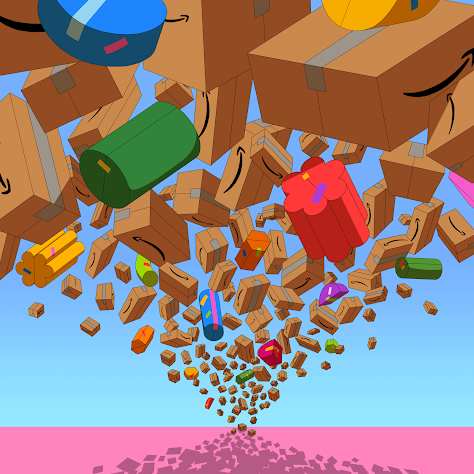 If you're not starting to connect the dots yet, then this should help you understand.

Amazon, the largest business in the world competing with Apple for the number one spot, was not always this big.

Jeff Bezos ran the business and was in charge of what was being sold, when it was sold, when something new was to be sold, etc.

It was a great business model, it worked, and it scaled.

After all, supermarkets were extremely popular and Amazon was simply revolutionizing that.

However, what's the biggest difference between Amazon and something like Aldi (a supermarket)?

What is the difference between Amazon and something like Asda (another big supermarket in the UK)?

This should give you a hint.

Back in 2006, Amazon took a massive jump which skyrocketed their growth.

They opened up the floodgates to new 3rd party sellers.

This meant that anyone with a product to distribute was offered a chance to sell through Amazon's store.

This was one of the biggest changes Amazon made that allowed them to grow exponentially, becoming what they are today.

So why was allowing others to sell on your platform such a massive success?

The answer is now in your grasp!

Simply put, Amazon provided a chance for other businesses, other people, to make money on their platform.

It enabled people to start a business and grow.

By taking a marginal share, Amazon still manages to be the largest company in the world whilst being attractive enough for small business owners to bring their operations online too.

Shopify is arguably the largest online e-commerce enablement platform in the world.

Shopify is a somewhat simple online store builder that allows you to build a store and sell your products online.

Shopify is worth over $170 billion, not for selling anything itself, but for enabling others to sell their goods and services in a simple, easy-to-use way.

Shopify has some of the largest e-commerce brands in their ecosystem including Kylie Jenner's Kylie Cosmetics, Allbirds, and Rothy's.

Once again, we see a wildly successful business.

The reason behind its success is because it enables people to start their online businesses or take their existing business online and scale rapidly.

How about one more example?

The freelance and gig economy are growing to almost $500 billion by 2023.

One of the largest gig companies, Fiverr, is currently valued at $7 billion.

Fiverr is a very simple marketplace where freelancers can be matched with people looking for a specific service.

Once again, a massive company with the same trait as Amazon and Shopify.

It provides people a very simple, stress-free way of making money online and living out their lives.

In fact, there are over 7 million gig workers in the UK alone, and a whopping 55 million in the USA.

UK, we got to do better!

Fiverr enables people to make six-figure or more incomes from the comfort of their own homes, through a skill they may have learned online.

Neither buyers nor sellers need to pay Fiverr anything to use the platform.

The transactions are brokered on Fiverr's platform between the buyers and sellers, and Fiverr takes a fee on top of it.

So the reason for Fiverr's massive success is nothing to do with the fact that they sell anything.

The reason Fiverr is so successful is because it brokers interactions between people and professionals.

We see these examples littered around the internet.

The secret is simply making others more money.

It's simply helping others start businesses and earn a living.

All of these platforms are avenues of earning money in some way, shape, or form.

It's the reason you see so many people advertising their courses or programs on YouTube, Facebook, doing webinars every week or every month.

You simply make much more money when you help others make money.

Your earnings multiply drastically when you turn the tables and start to make other people money first.

It's for the same reason why marketing agencies, make so much money.

They help businesses multiply their income.

It's for the same reason why coaches, consultants, and course creators make so much money.

They help others start and scale their own businesses.

When you show people a way to make 6-figures, 7-figures, a way to change their lives forever, they'll pay you anything they can to make this happen.

When you sell people a vision where they own their own lifestyle businesses, when you sell them a vision of freedom and happiness, simplicity and stability, they will pay you to make it happen.

There are so many ways to make this happen.

Once again, you can help businesses make more money.

Amazon does this, agencies do this, coaches do this.

You can create courses and teach people how to start their own businesses.

You can even create software that helps people do these - Shopify, Clickbank, Fiverr, etc.

The opportunities in today's day and age are endless.

The truth behind success is simplicity.

Make it as easy as possible for yourself to be successful.

You can read my article on the 6 steps to finding a profitable business idea.

If you're low on capital, there's also an article that talks about how you can start a business with little to no money.

If you're starting an agency, doing coaching, or creating a course, you can do all of those for free.

If you're helping others make money, you can start for free.

There are no excuses to give up.

When one opportunity doesn't work, or maybe you decide to quit and move on, there will always be another to take its place.

Whether you choose to build a business on these principles in today's article, or a business of your choice, it's all the same.

Don't give up, and you'll succeed.

Have you learned something new from this article?

Let me know your thoughts in the comments below! Don't forget to subscribe and join 1000s of others learning something every day.

Please share this article around with others using the icons on the left!