Working With The Richest Man In The World: My Experience At Amazon 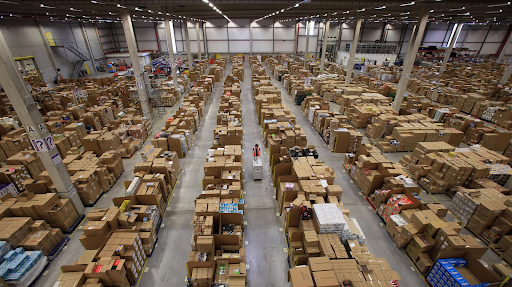 My Experience At Amazon

It hasn't been two weeks yet since I left my last sales job.

Although I realised that sales is something I didn't want to get into EVER again in my life, it still probed some very valuable lessons that I couldn't have learned without doing it.

At this point, I was just starting my new business: a marketing agency that I will speak about at length in the next coming blog.

It was very hard to secure a solid job - the virus was still in full effect, and my mother was worried out of her mind every time I left home to go to my previous job.

So again, when I told her that I was going to get another job, she was surprised but knew it's something I had to do.

The grand plan was to find a job that I work at for a month or two and then leave once me and my co-founders are able to secure our first client at the agency.

To my surprise, the plan was going great.

Everyone at the agency was doing what I had told them to do, and I had also secured a job pretty quickly.

It was almost £11 an hour, with lots of bonuses once you reach a certain threshold of hours in a week.

If you haven't guessed yet, I was accepted at Amazon.

Like I mentioned in my first blog, I was applying to many apprenticeships, but the Amazon apprenticeship was at the complete other end of the spectrum.

I wasn't an apprentice - I was a warehouse associate.

To begin with, I finally felt like life started to turn out okay.

I got a well-paying job for the time being, which was a lot better than what I was already used to from my previous experience.

This was the first time I was actually getting paid. I also had a little side hustle on the side where I sold tech products on eBay, which was also netting me a 20% commission every month.

This is the first time I was making REAL money, and it was a lot of money too!

You can check out my YouTube video here, where I talk about this more in-depth.

At the beginning, the staff were really nice, flexible and let us work a LOT less than we needed to, whilst allowing us more hours at the job.

It's all I was there for. Regardless of the long hours, life was going a lot better than what I've previously experienced.

I started getting complacent, losing track of the goals and ambitions that I've set for myself.

I was working between 40-60 hours a week and making money I've never seen before.

With both Amazon and the eBay store I ran, I was making upwards of £3000 every month.

What's worse is that a few friends I knew back in high school also found their way here and it was the best thing ever.

The best part? There was a FREE coffee and hot drinks machine which kept me going all day long.

I was actually happy to wake up and go to work. we started extremely early and finish pretty early in the afternoon too, leaving me time to do things I wanted to such as work on the agency.

As soon as I started feeling like nothing can bring me down, things quickly started to take a turn for the worst.

It all started around November, Christmas was coming up and so Amazon started to hire a LOT more workers.

I was expected to train lots of new coming workers because they thought I was one of the best they had - I would be the fastest to 'pick' and so it was only right if I was the one teaching others to do it too.

Although picking is a very tiresome job, I was full of energy and for a while, always exceeded our quotas.

With the new workers coming in, our hours quickly diminished. I remember going from 40/50 hours a week, to just over 20 hours a week.

This was starting to look and feel like a nightmare. My paycheck was cut in half (maybe even more), and at the same time, the supplier who would provide all the goods I'd sell on eBay was also running low on stock.

I was getting hit with a double whammy and I didn't know what to do about it.

My only hope was the marketing agency, which you will learn about in the next blog.

A few months into the job, I started to realise how my satisfaction had taken over, and it was time to snap out of wonderland.

I got too stuck in my ways, and it was coming back to bite me. Like I said in the previous blog, your actions come around full-circle.

I went from around £3000 per month to barely scraping £1000. I started losing energy, and patience.

I would laze into work, do a lot less than I used to, take longer breaks and started to get angry at the world again.

This got me in lots of trouble, which eventually got led to a fight with one of the managers at the warehouse, quickly getting me fired.

I also made a YouTube video on this experience here
I learned how good things don't last. It gave me a perspective I've never had, and only made the book 'Who Moved My Cheese?' all the more powerful.

Something I thought will only last one or two months, ended up lasting almost 6 months.

February 2021 was the last time I entered those Amazon premises.

I promised myself that I will never work so hard ever again to make someone else's dream work.

It got to the point where I spent more time on Amazon than I did for my own agency.

I was seeking immediate gratification but had come to my senses right in time.

Lucky for me, I had established that I don't want to work an average job my whole life, so the education system was officially out of the picture.

It was seriously time to commit to something for a long time, I needed to make this work.

Till next time,
Mohamad