What Does It Truly Take To Be Successful In Life & Business? (Honest Truth) 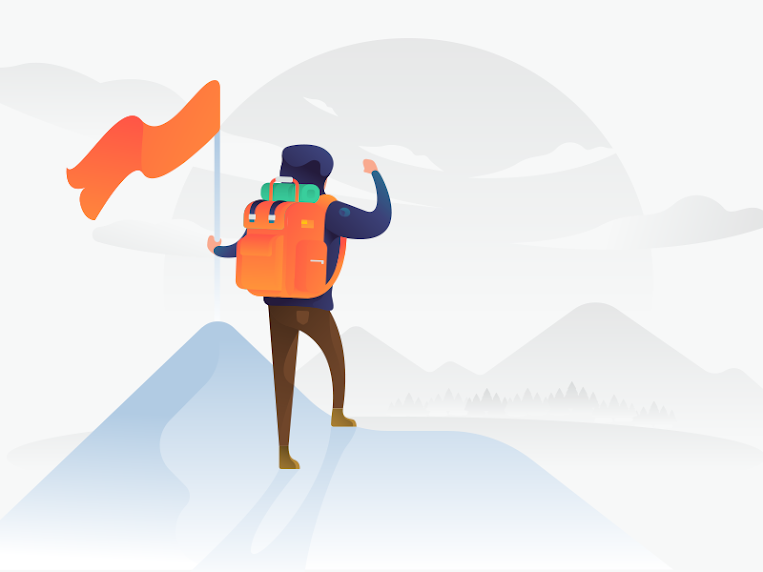 What Does It Truly Take To Be Successful In Life & Business?

When I recently decided to pursue Condensr - An app that brings the world's biggest ideas and insights from best-selling authors and condenses them into the fastest yet most detailed 10 minute narrations - one of the first things I did was check the market size.
I wanted to work out three things.
The total addressable market (TAM), the serviceable available market (SAM), and the serviceable obtainable market (SOM).
In my mind, my audience was going to be entrepreneurs around the world.
A simple Google search showed me that there are almost 600 million entrepreneurs in the world. That's 582 million to be exact.
A shockingly high number compared to what I originally thought.
More recently, I had the chance to speak to an entrepreneur as part of my customer discovery interviews.
He mentioned something very interesting to me.
He mentioned how we're currently in a time of 'forced entrepreneurship.'
Following the recent pandemic, many people have decided to quit their jobs and become 'entrepreneurs.'
The issue is, they jump in blind without real insight into what they've gotten themselves into.
So my opinion of the whole situation is that the numbers have been hyperinflated over the last year and a bit due to the excess number of 'wantrepreneurs,' people who get into entrepreneurship with high standards and leave with nothing.
The topic on wantrepreneurs has sparked up an interesting conversation in my mind:
What Does It Truly Take To Be Successful In Life & Business?
I think many of us go into business with a false hope of achieving something grand in an unrealistic timeframe.
When I first started my business - an e-commerce store selling back stretchers - I would launch my store and start to dream of the overnight riches that would come with it.
I would then wake up to the most disappointing reality ever - 0 sales.
Bill Gates once said something that truly stuck with me till today:
“Most people overestimate what they can do in one year and underestimate what they can do in ten years.”
For one, it is very true.
Lots of people were so easily influenced by this notion of overnight success on social media, that they decided to pursue entrepreneurship only to then experience disbelief and failure.
Your entrepreneurial journey compounds over time - just like university or education, you can't expect to go into education and graduate the same year.
Although slightly corny, I always look back over this image before I give up on anything 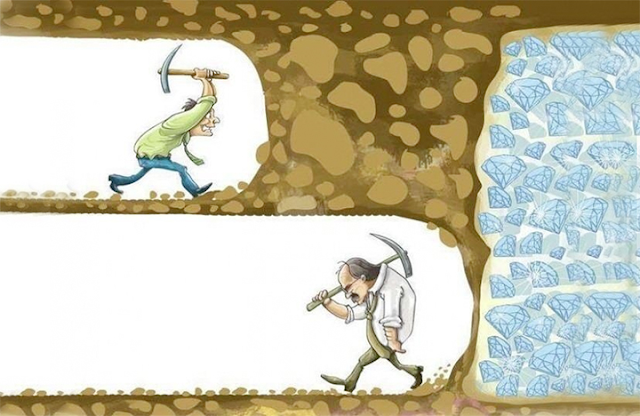 The truth is, you never really know how close you are to hitting the jackpot and breaking out of the cycle of 'bad-luck.'
You can be like the man at the bottom, and shy away from the journey at the last second, or you can be like the man at the top, more eager than ever to carry on, knowing he'll be a winner eventually.
Realistically, it is incredibly hard to maintain positivity and hope in the face of never-ending failure.
I owned an agency for almost 6 months and managed to get not a single client.
I would browse through Facebook groups and YouTube, seeing posts such as 'How John landed a £10,000/month client after 3 days,' and it would feed my depression.
For the first 2-3 months, we were only procrastinating, and disguising our efforts as 'hard work.'
Once I made the choice to go it alone, I refused to quit on that business model because I felt like every extra day of outreach that I did, got me closer to a client.
I never knew how close I really was to landing my first client.
Another example is Condensr - the business I'm currently running.
Over the past few months that I've been working on the business, there have been many chances for me to just give up.
There have been lots of signs telling me that this may not work, yet I don't want to give up hope just yet because of this image above.
Some of these signs have been:
Yet I somehow manage to counter all of these issues myself and keep going.
The main reason is probably because I've spent over $2000 on this business, and dedicated months of work already.
I also know that I have not compiled enough data to truly tell me if I'm heading in the right direction or not, which is why an MVP is the next stage and the deciding factor for Condensr.
I learnt this lesson above from Eric Ries' 'The Lean Startup.'
This brings me on to my next point.
When we think of what it truly takes to be successful in life & business, we immediately go and search for answers from outside sources.
YouTube, courses and influencers that we think are living the life we want.
This is when we're immediately bombarded by the same information that is thrown around everywhere:
and the list goes on.
In reality, these are the foundations of success.
But it doesn't mean they have to be the be-all and end-all to your success too.
So what does it truly take to be successful in life & business?
That is for you to discover.
We are all so different on a molecular level.
We think different, see different, feel different, look different and so much more.
As children, we would be so eager to explore and discover the world on our own initiative. 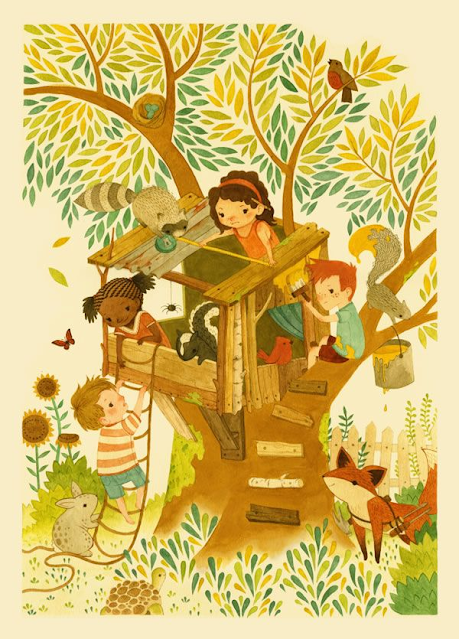 We're so full of energy and enthusiasm that our parents would have to hold us back sometimes.
We would fall, get hurt and get back up over and over.
So why is it that once we've grown up and got tens of years under our belts, that we now decide it's time to live life through someone else's lens?
Why is it that we are so quick to seek guidance from others and so scared to go out and give it a shot on our own?
Why is it that we're terrified to fail, and once we do fail, we're scared of trying again?
We've all got what it takes buried somewhere inside us.
Over the years and years that we've endured, lots of that energy, tenacity and curiosity has dissipated.
We feel like we need to live a certain life to be accepted by society.
We feel like we have to act a certain way because everyone is looking at you.
The biggest lesson I learnt this year is that no one is looking at you!
Everyone is so busy trying to live up to a perceived standard that we've created for ourselves, that they're worried about what the world thinks of them too.
What Does It Truly Take To Be Successful In Life & Business?
It will require that you first define what success is for you.
It will take you time.
It will take you energy.
It will take you the same level of curiosity and persistence that you had as a child.
It will require enough brainpower to be able to draw a distinct line between the truth and what you're programmed to believe by society and social media.
It will require that you show up and give it what you got.
That's it.
Till next time,
Mohamad
Location: London, UK