Looking To Grow A Business? Here Are The Top 4 MUST WATCH Gurus 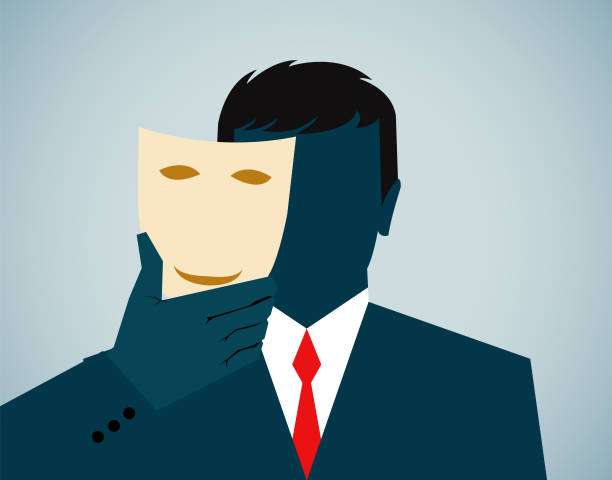 Looking To Grow A Business? Here's The Top 4 MUST WATCH Gurus

In today's world, we're constantly bombarded with lavish, extravagant lifestyles on social media, get-rich-quick schemes and every new day, we're finding out about a new 'guru.'
Although it feels like we're in the easiest time ever to make a living for ourselves through business and entrepreneurship, I must admit that for the fresh entrepreneur, it is overwhelming.
As I mentioned previously, we all tend to get into entrepreneurship based on a misconception that this is going to be a walk in the park and that we're about to get rich within a few weeks or months of work!
As soon as we make the switch, we're running to YouTube looking for the "easiest way to make money online."
Usually, we all learn pretty quickly that life is not that easy.
Why?
The content we come across is just the bare basics that we need to know to become successful entrepreneurs.
The line between reality and the facade created by these gurus has disappeared and so it's as easy as ever to come into an industry and mask yourself as an expert.
What's worse is that people believe the more you learn the easier it will be to become successful.
This can't be further than the truth.
The more we know, the harder it is to differentiate the stuff that works and the stuff that doesn't work.
It becomes a lot harder to apply and take action on the information since we're just jumping from one piece of content or information to the next.
There's a simple saying that goes - "Your body is like a temple."
I'd go one step further and say that our minds are the hidden treasures in those temples - everyone is trying to get a piece of it.
Attention is the most valuable commodity in today's world.
This is why platforms such as TikTok have exponentially grown to monstrous sizes.
That's why it's more important than ever to shield your mind and only consume real content from people who know what they're talking about.
So I wanted to compile a simple list of the 'Top 4 MUST WATCH Gurus' that you should watch if you're looking to start and grow a business.
Before the introduction, I want to state that the word 'guru' might not be the best way representation of these entrepreneurs.
They're all entrepreneurs who have gone through the never-ending battle of entrepreneurship and are now teaching others how to do the same.
These people are able to show proof of what they've built - although it's now (again) easier than ever for anyone to come along and throw a few screenshots to convince the masses.
So who are the 'Top 4 Must Watch Gurus?' 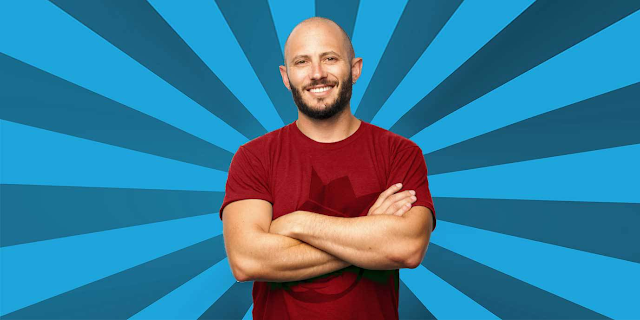 Starting off with my favorite, we have Noah Kagan.
Noah is the owner of 'Appsumo' - an online marketplace for software deals that any entrepreneur could appreciate - along with some other businesses that he's built over the years as an entrepreneur including OkDork.
Don't ask me why he chose that name...
Noah is a big marketer and software lover, who turned his passion into an $85 million business.
Noah didn't have the easiest path to success like most people tell you it would be.
During his 20s, he had worked at startups such as Facebook in their early days and was the #30 employee there.
Not long after, he was fired and ended up missing out on a whopping $1 Billion - seen as he was given 0.1% equity in the business.
Less than a year ago, I was introduced to Noah through a YouTube recommendation.
Initially, I thought it's just another online content creator who knows nothing about business and entrepreneurship.
A few videos in, I realised Noah is a really likable guy - and also shares similar thoughts to mine about the state of the digital world today.
Noah combines knowledge and a bit of his funny personality to create actionable content.
He's made many videos debunking myths that have been spread in the entrepreneurial space and also creates many videos going through how you can start a business too.
He constantly shares his stories, insights and works hard to bring valuable content through lessons that he's learnt during his 11 years growing AppSumo.
He would host live office hours where he collabs and talks with his followers, and I personally have managed to get a few of my questions answered in this time.
Oh and guess what? He doesn't try to sell you on a $10,000 course at the end of every video!
Noah is constantly growing his main business, AppSumo, and gets his audience involved as much as possible by offering apprentice jobs, and giving out cash prizes for the person who helps him find the next CEO to run Appsumo. 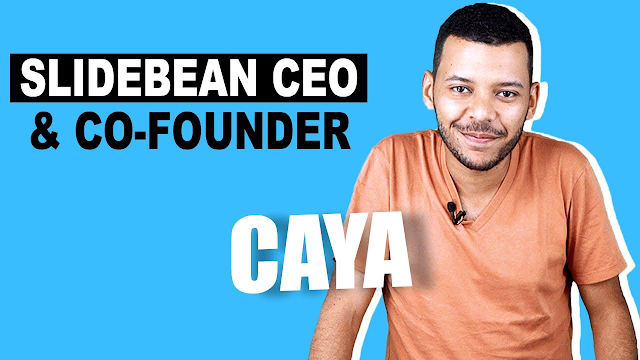 When I started Condensr, I decided to take my own advice and not scour YouTube for the 'secret to start a unicorn tech company,' so I tried to do everything on my own and learn along the way.

I quickly realised that there's a lot of stuff that I didn't know and that running a tech company is wildly different from starting a small marketing agency which I owned prior.
My careful search through YouTube and the online space led me to learn about Caya and his startup - SlideBean.
SlideBean is a small SaaS startup that was started by Caya and a few of his co-founders in 2014.
The company started off as an easy-to-use pitch deck builder for startup founders.
They've quickly managed to grow this into a business which offers more templates such as financial models, marketing and sales decks.
Caya now creates many YouTube videos helping and educating new startup founders or aspiring entrepreneurs with their journey on their channel which now has over 300K subscribers - and for good reason.
Caya shares lots of SlideBean's early stories and challenges: how they were only weeks away from running out of capital, how they had to move to Chile to join a startup accelerator and their journey through DreamIt ventures and 500 Startups.
If you're looking to find your footing and need a ground 0, SlideBean should be your go-to channel to watch. 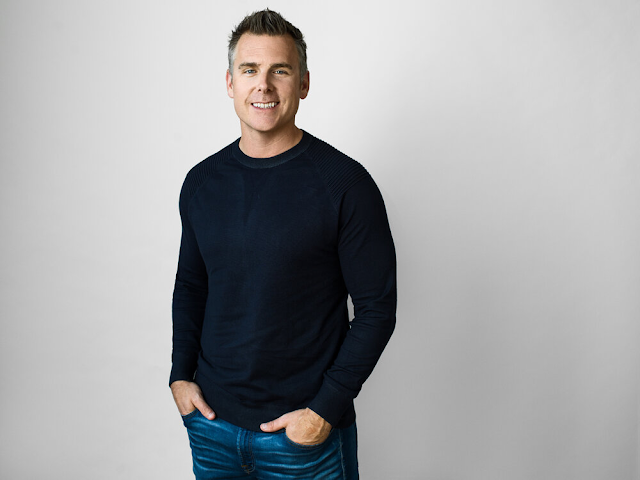 Dan Martell is a big name in the entrepreneurial space.

Today, Dan is an award-winning Canadian entrepreneur, investor, and coach to over 600+ SaaS founders including clients like ClickFunnels, Proposify, and Carrot.
He's founded and sold companies going all the way back to Spheric Technology, to the latest being Clarity.fm.
Clarity is a technology company that helps startup founders get on-demand startup advice from world-class experts.
I think it's easy to say that Dan knows a thing or two about business and entrepreneurship.
Dan also posts lots of videos that are beneficial to entrepreneurs looking to start and scale businesses - predominantly SaaS.
Unlike most other creators on YouTube today, Dan has real-life experience about what he preaches.
He shares his very rocky start publicly to his audience and teaches others how to steer clear from going down a similar path as he did. 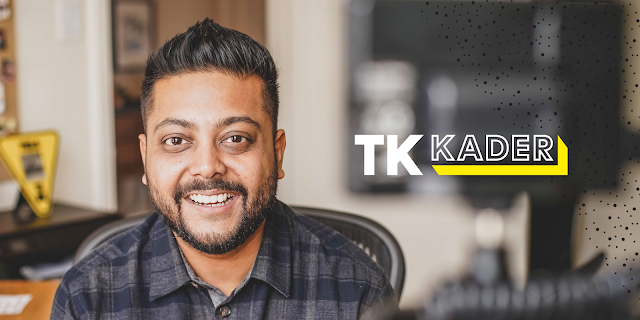 TK Kader was the founder of Toutapp.
A sales tool that helped salespeople get more touchpoints with prospects using automation and actionable analytics.
Tout was then sold to Marketo in 2017 for around $30 million which led to TK spending time working with Marketo in growing their operations.
Ironically, Marketo was also then acquired by Adobe later the next year for almost $5 billion.
Today, TK runs a small but growing YouTube channel which teaches other aspiring entrepreneurs and SaaS founders how to start and scale a SaaS business so that you can avoid lots of the pitfalls and roadblocks that he may have faced.
He also runs a podcast called SaaS & Scotch, along with a mentoring program (similar to Dan Martell) where he closely coaches SaaS founders in scaling their businesses.
TK has a whole suite of videos on his channel which together could be enough for people to start and profit from SaaS.
He teaches the basics and also dives into the growth and scale part, putting emphasis on the go-to-market as this is a very important part of a businesses' journey.
So the top 4 MUST WATCH gurus in my opinion are: Noah Kagan, Slidebean, Dan Martell and TK Kader.
These four entrepreneurs will help you on your journey to starting and scaling your own business as they have the knowledge and experience within these given fields.
Although there are probably many other people out there who should be on this list, this number is heavily outweighed by those who are 'fake gurus.'
Who do you think should be on this list?
Do you know any of these four entrepreneurs?
Let me know in the comments below.
Till next time,
Mohamad Alasadi
Location: London, UK

November 16, 2021
How To Write The Ultimate 1-page Business Plan To Go From 0 to $1 million I remember when I started Condensr , my very first tech company. It was drastically different than anything else I've ever tried. Before that, I've done things like dropshipping and e-commerce , I tried forex , and I tried running a marketing agency . Those things require a lot less research than something like a tech-based company . They're simple, replicable businesses (generally). However, Condensr was different. I spoke to a bunch of people about it and was worried people will steal my idea - it never really happened. Tracing back, I remember a common trend taking place when I spoke to people about the business. "Do you have a business plan" they'd all tell me. "no...?" I answered back confused. "I have a pitch deck ..." A business plan is a 30-100 page document that outlines everything your business is going to do over its lifetime to accomplish its goals . It
Post a Comment
Read more

The Secrets Behind Dropshipping Success In 2022

July 17, 2021
Like MOST beginner entrepreneurs, I was instantly flooded with heaps of content - 'Start making money today,' 'Do this to get rich,' 'The best business model for overnight success,' and the list goes on. But in my early days, there was one that stood out like a sore thumb, one business model, which now that I think about, has lots of mixed opinions. If you read my first blog , you would know that this business model is none other than the infamous 'dropshipping' business model.  For those who are unfamiliar (which is highly unlikely), dropshipping is essentially this: Find a product that can be bought at somewhat low prices and sold for more Create a (Shopify) store to sell these products Market these products to get customers (You can learn more about this business model in my Dropshipping VS FBA video) Although this sounds VERY simple, this is the exact strategy that every single 'guru' in the dropshipping space will throw your way. In essence,
6 comments
Read more