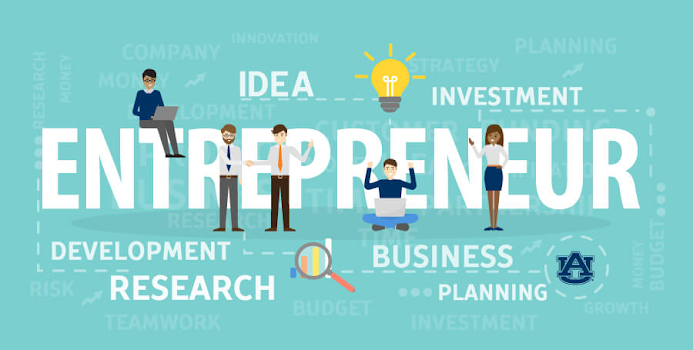 The ONE Skill Every Entrepreneur Needs To Run A Successful Business

When we think of entrepreneurship, our minds immediately turn to the notion of working 100s of hours a week, wearing tens of different hats, constant grinding and hustling, no food, water or sleep...
Okay, maybe not the last one.
But the rest still stands.
We're led to believe that in order to be successful in business, we have to work nonstop and make the biggest sacrifices ever in order to succeed.
That is the exact mindset I had adopted when I ran my marketing agency - I've never been more unhappy to be alive during that time period.

We're so glued to our phones that as soon as we wake up, we're injected with an immediate dopamine hit telling us to "GO, GO, GO!"
We see hundreds of others on Facebook, Instagram and YouTube living the perfect lives, in the perfect house and having the time of their lives.
We're bombarded with those mystical headlines everywhere we look telling you "Click here and I'll show you how to become a millionaire overnight working 2 hours a week."
We're constantly in a state of reacting, contradiction is all we're used to in the world of entrepreneurship.
We feel like we need to follow exactly what we're told on social media, that everything we hear or are told is final.
We're in a constant uphill battle with our minds on what we should do or who to listen to.
While one source might tell you to work hard and you'll succeed, another might say that you're working too hard, you'll fail at this trajectory.
Gary Vee is a great example. Although I really like his content, he has glamorised the art of 'hustling nonstop' to get what you want.
What people fail to understand is that not everyone is cut out to work like Gary, not everyone is as passionate about business as he is.

For a long time, even now, I felt like I was stuck on a hamster wheel.

I felt like all I did was wake up and get to work - no direction or purpose of where I'm going or where this is even leading me.

I couldn't get off because everything around me told me to 'keep pushing' and 'be consistent.'

I worked from morning to night, I learnt everything there was to learn about my industry and I still wasn't seeing the success I needed, nowhere near it.

So what was the problem? Why, after learning so many skills that entrepreneurship demanded of me, could I not find success in my business?

It really came down to one thing.
As a human being, a non-transcendent from Earth, I had only 24 hours in my day (and still do).
8 of those hours, I would be sleeping.
6 of those hours, I would be eating, taking a break or procrastinating.
The rest was just constantly hitting the gas and hoping for the best - with a bit more procrastination.
I had all the skills I needed, but I never had one singular skill that EVERY single entrepreneur MUST HAVE in order to run a successful business.
This skillset is one that every single one of the world's biggest names embodies.
Steve Jobs, Bill Gates, Elon Musk, Jeff Bezos, Ray Dalio, Mark Zuckerberg.
I lacked the skillsets of a leader.

See, leaders and entrepreneurs are two different people.
Eric Ries defines leaders as anyone in any organization who brings innovation and change to that organization.
A leader is the guide, the roadmap and the pillar of the organization.
They're expected to cast a vision, a roadmap and bring together people and collaboration into one singularity.
They unite and guide, they listen and adapt, they're the glue to the different components of an organization.

Anyone can go and be an entrepreneur.
Only a few can be true leaders.
The only real skill entrepreneurs need in order to run a successful business is leadership.
Leaders are able to unite people and push them towards a single mission and goal.
As entrepreneurs, we tend to work alone, isolated from others. 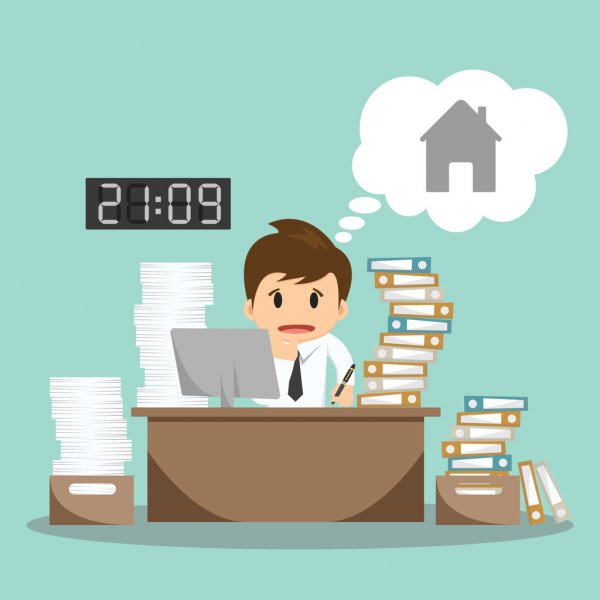 A leader understands the benefits and power of putting brains together and the sort of time multiple that can be achieved.
Any entrepreneur can transform into a leader, no need for funding, no need for any level of success.
You just need a 'why' so powerful that it moves anyone you come in contact with.
If your vision is able to convince others, you can be a leader.
It's why some companies - although just an idea - are able to raise staggering amounts of money.
Their vision and team are so strong, that investors feel obligated to join.
You might be thinking that at the beginning, you do not need to have this skill, you don't need a team and you might be right.
But think of the speed and output you can achieve with a team instead of on your own.
Forming a clear roadmap, and working through it by allocating different people and resources into different parts of that roadmap is how businesses are truly built.
We've all probably heard of the saying 'if you want to go fast go alone if you want to go far go together.'
I would say something slightly different and change one word. Instead of 'fast,' I'd say 'small.'
Have you ever heard of a one-man band that's scaled into the 8, 9 or 10 figure range?
Although there might be, I certainly don't know of any.
The reality is, going it alone could lead you into the deep dark hole that you're ultimately trying to escape. It's what happened to me. 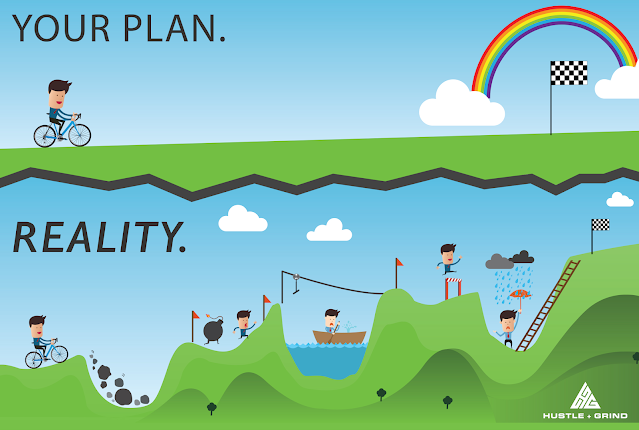 Although I really like this picture above, it is missing one big element.

It displays one person climbing through challenges with no support from others.
This is what you call an entrepreneur and frankly, many don't make it to that final ladder.

To run a successful business, however, the team must also be aligned with your vision.
This is a reason why many steer away from going down this path.
Finding those unicorns who believe in you and your vision is a challenge that most struggle with.
It's extremely hard to find people who believe that you're the one who will bridge your vision with reality.
This is a skill set that every massive corporation strives to have, unity in the workplace is the best possible driver for growth.
The sooner you're able to grasp this, the sooner you'll see massive results within your business.
Think about it like this: What is the reason you're looking to run a successful business?
Like a lot of us, the trigger is something along the lines of:
I'm going to break it to you.
You're going to dislike entrepreneurship more if you go it alone.
It's a dark and lonely journey, just like walking through the forest in 'Alice In Wonderland.'
You can never expect things to go how you perceived. Tackling this issue is a lot easier with a team than without.
If you would like to learn more about becoming a leader and why it's such an important skill to master, I urge you to check out Ryan Daniel Moran.
He is an entrepreneur and a podcast host who preaches team collaboration and leadership.
What have you learnt in this blog?
What do you think is the skill(s) every entrepreneur needs in order to run a successful business?
Let me know below.
Till next time,
Mohamad
Location: London, UK