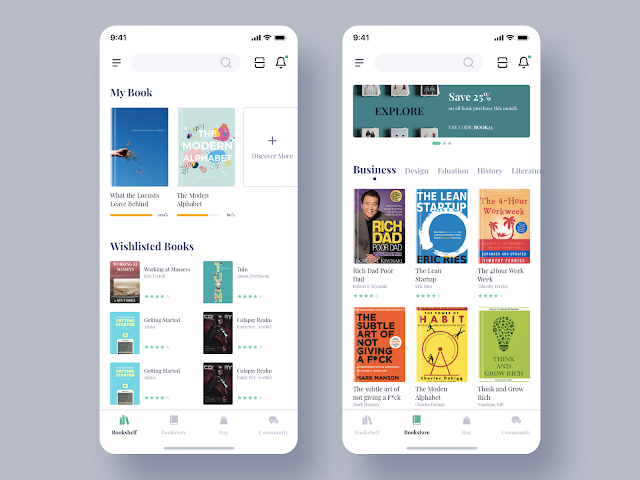 I think every single one of us (or the majority at least) get to the point in our lives where reading books is no longer cool.

I'm not certain what the reason is - maybe it's the fact that we shift from short, happy, picture-filled books to boring books spanning over 100s of pages, filled with confusing words.

Since the first few times I ever picked up a book in my life - going all the way back to the days of 'The Gruffalo,' 'The Very Hungry Caterpillar,' and 'The Rainbow Fish,' I enjoyed reading.

I was young, they were colourful and bright, I loved it!
Even some years after that, when I discovered books such as 'War Horse,' I still enjoyed reading a lot (highly recommended book).
I remember we had a little yellow diary for reading that our teachers and parents checked off weekly.
But suddenly, my whole world changed.
As I went into high school and college, my reading habits flatlined at a staggering rate.
It wasn't until last year, March 2020, that I decided to get back into reading.

This was also the same time I officially got into business when I started my first ever e-commerce store.

I never thought I'd be reading again in my life.
During the last few years of sixth form (college), our tutors would also talk about how important reading is and blah blah blah...
I didn't care.
But February and March 2020, when I started to dip my toes into the entrepreneurial world, everywhere I looked, I would hear of reading and how people like Steve Jobs or Bill gates read around 50 books a year or more.
I found out that top CEOs read on average over 60 books annually too.

This is when I started to notice a trend, these people who are in similar positions I'd like to be in are doing something I am not.
The one book I heard a lot about was 'Rich Dad Poor Dad,' by Robert Kiyosaki.
Ironically, it was also the first book I ever read when I found it lying down in my sister's room.

Fast forward a few months later, I had discovered the book that will change my life for the better.
This book, I have mentioned and recommended to everyone starting businesses or established entrepreneurs who I've had the privilege of interviewing as part of my tech startup customer discovery: Condensr.
The first time I discovered this book was also around the same time I had heard of other books such as 'Rich Dad Poor Dad.'
I had stumbled across a video called 'How I Started My First Business At 18!' by a YouTuber called J Rich since he was also an upcoming YouTuber in the e-commerce space.
The Video I Came Across
In the video, he mentioned how this same book changed his life, but since I still hadn't started reading, I didn't pay much attention to this.
Once I indulged into 'Rich Dad Poor Dad,' I felt a new part of me open up, a part that I hadn't been familiar with for a long time.

I've been so stuck in a negative loop of hating what I do (which was mainly going to school at the time) that I only turned to gaming as a way to escape my reality.
I had opened up the curious part of my brain, the part of me that wanted to learn, that loved to learn.
Once I started to read, I noticed that I never actually disliked reading, I disliked the content that was fed to us all those years prior.
I didn't dislike reading, I disliked WHAT we were reading.
As soon as I started to turn those pages, I realised that there's a whole world out there that I've neglected due to the lack of curiosity.
I've never gone out of my way to do more than what was needed from me.
All it took was to pick up one book and a whole new perspective was revealed.
Although I came to my discovery, I never actually thought 'Rich Dad Poor Dad' was worth the hype.
From then on, I decided to read more and more books.

I tried to maintain a one book per month habit which has now put me at almost 20 books since last year March.

Closer to the end of last year, I decided to finally go ahead and read this book that I discovered in the video.
It was called 'The Millionaire Fastlane' by MJ DeMarco.

I was a little weary of reading this book because I felt that anything with the words 'Money,' 'Rich,' 'Millionaire,' and things along those lines was just a marketing effort to get hungry and ambitious individuals bought into a false reality.
I decided to read it anyways and upon reading the first few pages, I was immediately hooked.
Every word and phrase MJ DeMarco mentioned resonated with me.
It felt like he was living my life, but managed to break out of the loop of constant failure that I talk about in my previous blogs.
I even went ahead and made a short YouTube video detailing the books I thought were the best that I've read so far, and this was the best one yet.
'The Millionaire Fastlane' unlocked a new, mathematical way of thinking for me.
Before, it felt like reaching my dreams was just a guessing game that you eventually stumble across because you get lucky with a business.
He lays out easy-to-understand ways of planning to build a business and the sorts of things you should look out for when starting in order to have the best shot at success.
He calls this level of success - 'the Fastlane.'
MJ DeMarco was the first 'guru' which I heard mention getting rich fast, instead of slow like everyone else has told me.
Until that point, I thought that making millions was only possible if you create the next Google, the next Apple, the next Disney.
He showed me why re-inventing the wheel is in fact the exact opposite of what you're looking to do and how starting in a niche with existing competition is a good thing.
In almost every business, every niche, there is enough room for multiple businesses to prosper.
You just have to choose one thing, one feature, and be the best at it.
As entrepreneurs, a massive downfall we tend to face is making swift, smart decisions. He lays out a concept called the 'decision matrix' that helps you weigh your choices and make the right decisions.
This is why I have decided that 'The Millionaire Fastlane' is a must-have to summarise for the MVP (minimum viable product) version of my app: Condensr.
If you're looking for the one book that will change your life for the better, I urge you to invest in 'The Millionaire Fastlane.'
No matter how big or small you are as an entrepreneur, you will manage to pick up some lessons from this book.

After reading this book, I officially made it my mission to never stop learning.

I am constantly on the lookout for diamonds in the rough.
What has been the best book you've read?
Tell me below!
Till next time,
Mohamad